Kevin Costner was an actor/director who, as mentioned in one of my earlier posts, became something of a joke for a period of time with mainstream audiences. However unlike the filmmaker behind this letter’s post, he enjoyed a resurgence of respectability after releasing his directed film “Open Range” in 2003 (see post ‘O’). M. Night Shyamalan unfortunately has yet to turn the tide of hateful ridicule after four critical and commercial flops, each becoming more atrocious after the next. It saddens to me to write a review so flattering about a film made by a director whose career is now on the verge of collapse, but at one time was on top of his game. As sad as his future filmography would become, to deny the original style and storytelling that Shyamalan infused into his first two big budgeted features would be incredibly foolish and unfair!

“Unbreakable” is the story of unhappy New York security guard David Dunn (played by Bruce Willis) who, whilst on a train for a job interview, survives a horrific railway accident, killing every passenger except for himself. Over time he eventually meets the eccentric character Elijah Price (Samuel L. Jackson), a comic book collector who believes that Dunn is a superhero that has forgotten his true identity. Overtime Price helps Dunn to become a real-life superhero, managing to save several people from horrific fates as Dunn’s powers become more controllable. Although the premise may appear to sound slightly too conventional, especially in an era of cinema that is dominated by superhero films, “Unbreakable” is actually one of the most inventive and ingenious mutations of the superhero mythos that exists today.

Bruce Willis gives what surmounts to one of the best performances of his career as Dunn; his subtle facial expressions, reserved body language and slow, almost meditative demeanor gives Willis’ presence a sense of alien power. As if there really is a superhero secretly locked away inside of him. Jackson on the other hand manages to create one of the creepiest characters he has ever played for the screen. That’s saying something since the man has performed in well over a hundred films. The character of Elijah Price suffers from a rare bone condition causing him to easily break his arms or legs if anything slighter than a stumble were to occur. This kind of terrifying physicalized medical condition is a factor that Jackson uses to great effect, especially at the climax of the film. Without attempting to give too much away, let me just say that Jackson’s distinctive facial features are used to maximum effect for his closing speech in the coda.

Although it’s easy to pick on Shyamalan now, with “The Happening” (2008) and “The Last Airbender” (2010) being truly dreadful blotches of cinema in the years they were released, it is much more difficult to remember a time when the director had great momentum. “The Sixth Sense” (1999) brought not only himself but also Haley Joel Osment to international fame, with a twist that no one saw coming to boot; but Unbreakable has enjoyed a much less kind fate. Mediocre box-office performance damaged the momentum that Shyamalan had accumulated after Sense, however strong critical reviews, followed by even stronger DVD sales have managed to keep the taut, comic-book thriller that he created alive. The visual gloss, slow paced editing, taut musical score and two incredibly strong performances from Willis and Jackson (not forgetting to mention Robin Wright Penn and Spencer Treat Clark) all help to make Unbreakable a wonderful retelling of the superhero origins story, with an incredibly new and vivid take on the old conventions cinema audiences are all too familiar with, especially where the new Marvel series of films are concerned!

I can’t help but accept a slight feeling of sorrow for Shyamalan. His reputation as a serious, edge of your seat director (some labeling him the new Hitchcock of our era) has dissipated immensely in such a short space of time. The dull releases of “The Village” (2004) and “Lady in the Water” (2006) (despite The Village having an ingenious twist) began to help the removal of his status, “The Happening” made sure to destroy what was left and then ridicule him with one of the most bizarre, fascinatingly terrible and awfully executed films to be made in 2008. “The Last Airbender” perhaps might be the final nail in the coffin, at least for a while for Shyamalan. With all this in mind however I would also remind anyone discussing his work that Sense and Unbreakable are masterpieces of there genres and should not be taken lightly due to a director’s current, instead of past, reputation. Who knows, he might pick himself back up once again…….maybe? 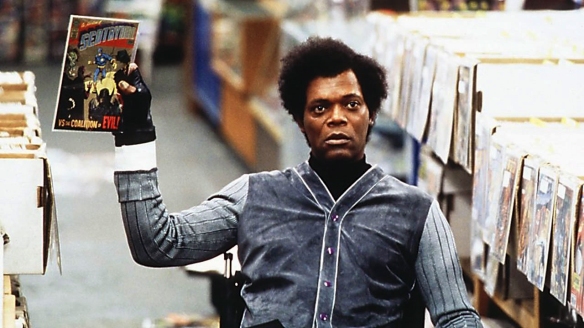 Elijah Price: It’s alright to be afraid, David, because this part won’t be like a comic book. Real life doesn’t fit into little boxes that were drawn for it.